When I was growing up in South Bend, Indiana, my young world revolved around candy. I constantly thought about candy, dreamed about candy and watched never-ending commercials promoting candy. Candy made every holiday brighter. Well, except the Fourth of July — but then we got fireworks!

We lived in one of those new suburban neighborhoods that were springing up outside of cities all over America. Since the development had just begun, behind our house were still acres and acres of untouched former farm fields and woods.

If you followed the path into the woods, taking you past our hillbilly neighbors who lived in a chicken coop (I’m not kidding), you’d arrive at Coddens Dairy Store, or “the Little Store,” as my sisters and I would call it. The Little Store was the sort of neighborhood quick stop that has long since been supplanted by 7-11s, AM-PMs and gas stations.

At Codden’s, you could buy milk, bread, snacks and “sundries,” whatever the hell those were. But the most important section for me was right up front — a gleaming, huge glass case displaying all manner of delicious candy. Ralphie at his Christmas window had nothing on me as I admired the selection while rubbing my allowance — a quarter and dime — between my thumb and forefinger.

With prices ranging from a penny to the princely sum of fifty cents, there was enough sticky, addictive sweet stuff to keep local dentists busy filling the cavities caused by eating candy or replacing the fillings that had been yanked out by eating the same candy. Sugar Daddy Caramel Pops were particularly efficient at amalgam removal.

Sometimes people want to re-experience something from their childhood to see if they can recapture those particular memories. I know that’s one reason that I’m so obsessed with super 8mm films, but I sure as hell don’t want to eat any of the candy that I used to inhale as a kid. It’s disgusting! Here, to the best of my memory, are some of the most memorable products I enjoyed when my palate was less refined…

Even as a kid, I loathed these. It took so much work to bite them off of the strip of paper they came on, and when you did succeed, you usually got 50 percent candy and 50 percent paper. Plus, the candy was just colored sugar anyhow. Not worth the effort. 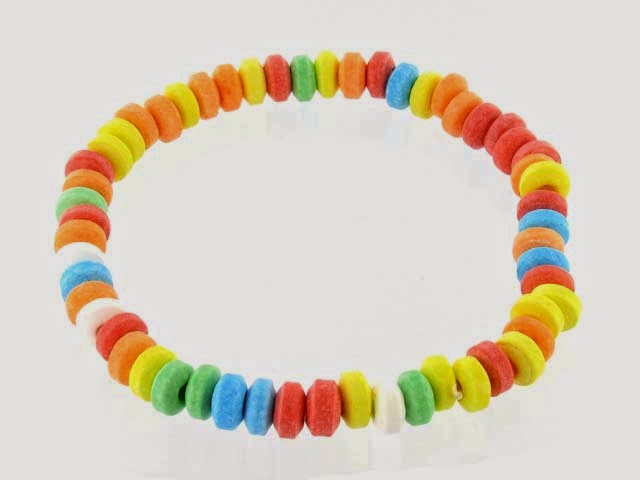 Same as the candy buttons, the necklaces were too much trouble. When you bit the rings of candy off of the elastic necklace while wearing it around your neck, it would snap back, smacking your face and causing bits of sugar to adhere to your skin.

And again, there wasn’t much flavor there — just colored sugar. Even if you wanted to just wear the necklace like some sort of psychedelic Puka, your body heat and perspiration would cause the beads to stick to your neck, which wasn’t a pleasant sensation at all. 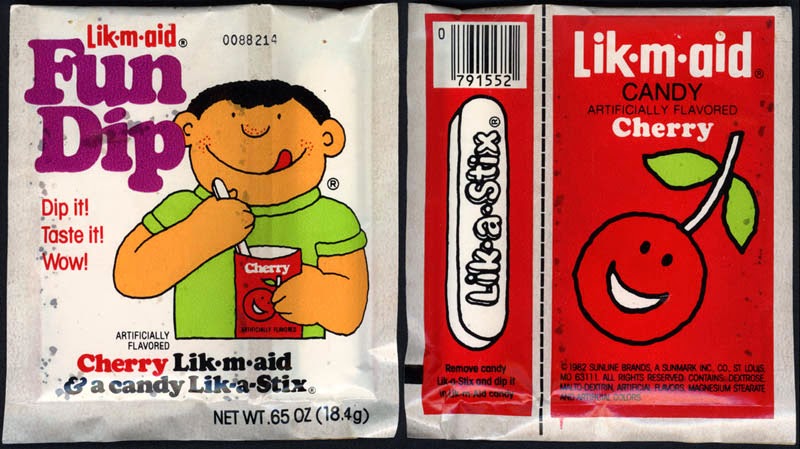 Talk about a trip to the dentist in one convenient pouch. Lik-m-aid was a bag of flavored, sweetened citric acid that came with a candy stick that you would moisten with your saliva, dip into the pouch, and then stick into your mouth again. I can’t believe I’m writing this.

Anyhow, the citric acid would abrade the roof of your mouth and the back of your tongue, and the sugar overdose would have your mother sending you to your room without supper for being such a jacked up, obnoxious little asshole. 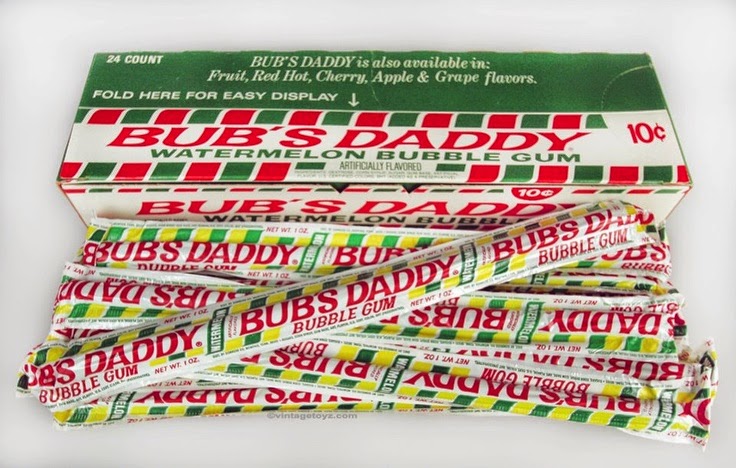 These huge sticks of bubble gum were commonly available not only at the Little Store but at other kids’ hangouts like public pools and Little League ballparks. So infused were they with sugar that their structure was too weak to blow a bubble, but a giant pile spat out onto the sun-sizzling sidewalk would gunk up your tennies and wouldn’t wear off until it was time to go back to school in September.

And the heat of the sun would cause some sort of mutant chemical change. If you had the misfortune of stepping on a pile of watermelon Bubs Daddy, for example, that’s what your shoe would smell like for months and months. 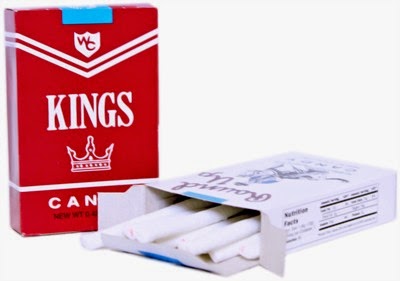 These little beauties came in a nifty pack that prepared you for your early teen years when you’d actually start smoking the real things. Hell — they even had red tips so it looked like they were actually ignited.

I certainly didn’t buy any candy cigarettes myself. They probably came in Halloween bags or were given to me by my parents’ thoughtful friends. But — if it can be possible — they were even more awful than candy buttons. They looked and tasted just like lightly sweetened pieces of chalk. I think I even tried to draw on the blackboard at school with one. 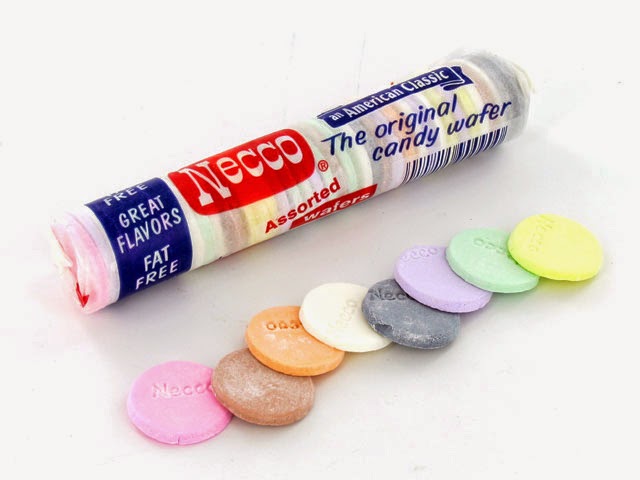 Still available today (as most of these items actually are!), these multi-colored discs are perfect for playing Communion, which we did as kids, but certainly not for eating. Chalky, flavorless and dusted with flour so they wouldn’t stick together in the pack, they were just blecchh — and I’m sure they still are. 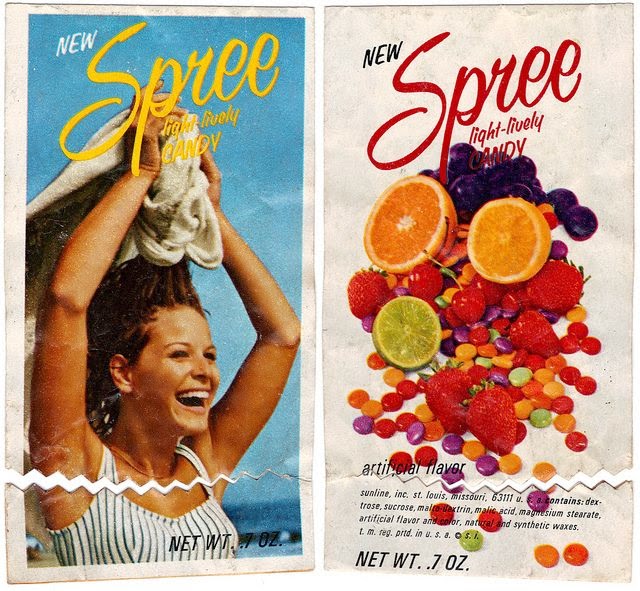 More citric acid in tablet form, these products are both still available from the Wonka candy company, but I’m glad I was able to find a picture of the Spree packaging I remember as a kid to prove it really happened.

When they first arrived at the Little Store, Spree caused quite a sensation. Instead of dumb kiddie cartoons, the packaging featured actual photographs of young adults engaging in active outdoor lifestyles. I even remember thinking “Am I old enough to buy this?,” since I was certainly not a young adult and had never skied or surfed…or even seen an ocean.

But a Spree is just a Sweet-Tart in a candy shell — my God! Just an insult of sugar. And both candies were equally adept at peeling the skin off the roof of your mouth.

Whatever you know them as — Fla-Vor-Ice, Kool Pops, et al, they’re all the same thing. Plastic tubes of sugared, colored water whose ends you’d chop off so you could push the block of ice into your waiting mouth. Again, these products seemed to be popular at pools and ballparks, and they were excellent at slicing the sides of your mouth open because the edges of the plastic packaging were so damn sharp.

It was easy to spot the Kool Pop junkies in your midst. They had erratic, sugar-addled speech, telltale blue (or red, or orange) lips and tongues, and scabs on the corners of their mouth. “I just need another Pop, man! Just gimme one more!” 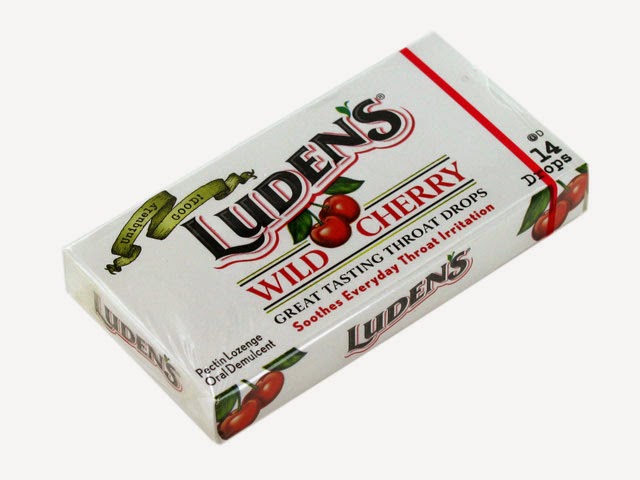 It may sound strange to today’s youth (who probably only carry on classroom activities via text), but when I was in  school, candy and gum of any kind were strictly forbidden. But at the official school store, where they sold pencils and paper and other supplies, they also carried Luden’s cherry cough drops, which were actually damn good emergency candy.

There was no medicine whatsoever in these beauties — just delicious cherry flavor. And since you bought them at school, you could enjoy them right out in class! A dream come true for any sixth-grader. But you had to watch out for the ones in the orange packaging — those were the disgusting mentholated cough drops — the kind your Mom forced you to suck on when you were actually sick.

What are your favorite or awful childhood candy memories? Share your memories!

Saturday Retro Cult Review: ‘The Night Evelyn Came out of the Grave’