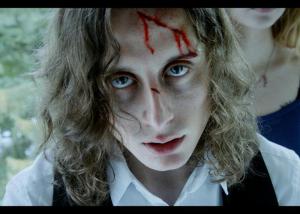 Actor Thomas Dekker’s directorial debut (if you don’t count 2008’s little-seen Whore) is a puzzle box of a psychological thriller that evokes the works of Bergman and Polanski with its deliberate pacing, symbolic imagery and deceptive plotting.

When young writer Jack (Rory Culkin) gets the news that his parents have been involved in a terrible automobile accident that killed his beloved father and left his mother, Teresa (Lin Shaye) seriously injured, he rushes home to help take care of things. What he finds when he gets there is a woman unable to express her grief except by unleashing fits of verbal fury on him.

Driven from the house, Jack finds solace in the company of his childhood friend, Shanda (Daveigh Chase), with whom his emotional ties run deep, but he is also intrigued by a new neighbor, teenage Duncan (Louis Hunter), who claims to have become acquainted with his parents while the erstwhile Jack maintained a separate life in the city.

Then, in the attic, he discovers a cache of videotapes and audiocassettes that were recorded by his late father and left for him. They provide clues to a long-buried family secret, but no one can enlighten him on just what that secret is. Are they lying? And if so, who are they trying to protect?

Culkin is quite watchable as the title character, whose grief curdles into suspicion as the tension in the household increases and he feels like he’s losing control. Shaye, recognized for her performances in genre films (There’s Something About Mary, Kingpin, Insidious), has a field day here playing the mother from hell, and Chase provides a welcome spot of warmth in an otherwise chilly film.

Although it has much to recommend it, Jack Goes Home could have been reined in some. There’s a bit too much florid dialogue and a few too many twists, resulting in the feeling that the whole doesn’t necessarily add up to the sum of its parts.

That said, I’d much rather invest my time in a challenging (if flawed) work that comes from an auteur’s heart than in a soulless, multi-million dollar epic assembled by committee at a major studio. 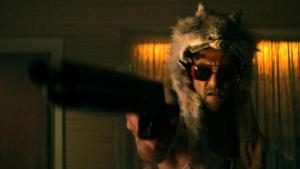 A strange throwback to the backwoods revenge dramas of the 1970s, Brosnan’s feature debut has all the elements one expects to find in said genre — lots of action, car chases and explosions — along with characters and situations so irredeemably sleazy you want to take a shower after watching them. But it’s also surprisingly literate, with moments of reflection and scenes of bizarre beauty that stick in the memory.

The film opens with teenage Chester bringing his younger brother, Asher, to the home of his girlfriend, Nana, for the express purpose of allowing him to watch them have sex. They are interrupted by the boys’ ultraviolent father, Ivan (Gary Stretch), who has already claimed Nana as his property and intends on teaching his sons a lesson. Pummeling Asher until he can no longer hear, he then literally beats Chester to death, and is rightfully sent to prison for his crimes.

Ten years later, the now adult Asher (Joe Anderson) is living with his bedridden mother (Susan McPhail) when they receive the news that Ivan is to going be released immediately due to overcrowding. Mom is sent into a panic, but Asher coolly pulls it all together to prepare for what he’s wanted to do all these years — get revenge. Combining balls-to-the-wall exploitation action with moments of artful reflection, My Father Die is an odd duck indeed.

The childlike inner voice with which Asher communicates his thoughts to viewers is eloquent and nigh on philosophical, but mere moments after such introspection, blood or fire will suddenly blast across the screen as Brosnan jerks us back into the depraved and violent world his characters inhabit. Wildly hitting notes all over the cinematic scale, the film reminded me of Robert Martin Carroll’s bizarre 1989 actioner Sonny Boy, with its equally strange marriage of grace and bloodshed. It also featured a mute, feral title character.

Anderson is all raw nerves as Asher, whose wordless performance expresses various degrees of fear, fury, compassion and downright psychosis. Candace Smith, as the adult Nana, provides a center of calm in an otherwise explosive scenario, and their scenes together are the only indications of humanity to be found in this living hell. Stretch is a wonderfully menacing monster: over-the-top, cold-blooded and seemingly indestructible, he views other humans as just so much detritus to be wiped off of his shoe.

In press materials, Brosnan said that the story was inspired by the famed Irish writer John Millington Synge’s 1907 play, “The Playboy of the Western World,” about a poor farm boy who kills his father. To utilize such a piece of literature as a kicking-off point for a violent actioner is audacious, and I look forward to experiencing more of this filmmaker’s distinctive voice in the future.